And I finally win a game.  I requested a half-point-bye for the 4th and final round and left for home in not a very good mood.  We shall go on.

All three of my opponents were very young kids rated at the beginner level.  I'm a bit rusty to say the least.

I blundered my dark-squared Bishop on move 16. and it was all over from there.

I forgot how to play the Trompowsky and immediately overlooked the standard reply of 3.Bf4 with ...c5 instead of ...d5 !!

I let my opponent get after my King.  I blundered a piece.  I lost.  The kid was rated around 1000 ELO

This is what happens when you go long periods of time without playing, my friends!

I'm going to play in the Megamind G/30 USCF rated chess tournament this weekend on Saturday, 10.16.2021.  It will be my first chess tournament in well over a half a year.  I did this strictly out of boredom.  But, who knows what may come out of it?  Maybe, I'll make some new friends or meet a girl.  IDK.  Or maybe I'll even win all three rounds and get first place (this has happened before).

This tournament is at the Saint Louis Chess Club.  It is their first standard rated Over-The- Board tournament since all this Corona shit started.  Yeah, I'm looking forward to it.  It's a 36-player tournament, I'll upload my games here at my blog.

I took lessons from the Iranian Chess Queen - Derakshani.  She's younger than my step-sister and is already an International Master.  She gave me some good general tips for guidance.  One thing she told me that really hit me, "I don't think chess players ever really quit playing chess".  Amen!  We all go long periods of time without playing but almost always come back to the game!

I had several winning chances here... 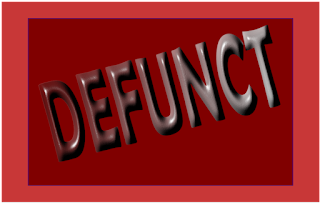 I opened a new domain - SEObycalvin.com  There's actually been too many big ideas running through my mind recently - I want to be a pro gambler, pro content creator, learn foreign languages, teach chess, optimize websites for SEO and so on...  I need to focus.  This has been a problem of mine for many years.  I need to focus on the practical.  Start small.  My dream of all dreams is to be a digital nomad.  So, this is what I need to focus on... cut back on the content creation (ironic for a blog post, I know),  retreat from casinos and gambling books.  FOCUS ON WHAT MATTERS - which is studying/practicing search engine optimization.  Why?  Because it's the most obvious answer as to how to be a digital nomad - work through my laptop!  As long as I have it and an internet connection, I can wander the World for as long and as far as I want!  And, web design is outright too complicated, well, maybe not too complicated, but it's too much like it sounds... DESIGN.  I don't have an artsy mind.  My thinking is more technical/analytical.   Anyone that gets to  know me overtime will discover my gift/skill for mathematics.  SEO is perfect!  But, it's not easy either.  And keeping up with the latest trends in SEO is a job by itself!

Part of the reason I blog (here on Blogger) is to keep track of my thoughts.  It helps.  It's always interesting to go back from posts from years ago and realize how my opinion on something has changed, for example.  Also, writing gets me out of my mind.  It works out my thinking.  Or, it helps my thinking I guess I should say.  And it allows me to stay true to myself - that is to follow through on  my thoughts/desires.

I meet with a spiritual counselor today.  I'm going to talk to him about Eckhart Tolle and how his book practically brainwashed me.  I need help.  Spirituality and ancient spiritual teachings can really mess your head up.  I wish I could just live my life and focus more on the material World.

More later.  Thanks for reading

I Just Made a YT Video about My Brilliant Checkmate from a While Back...

My First Game in a LOOOONG Time

My Top 8 Heroes of All-Time

Justin Timberlake - Yes, Justin makes my top 8 list and for two reasons:  1)  He starred in my second favorite movie of all-time - "Alpha Dog"...  2)  He brought sexyback

Marilyn Vos Savant - She held the record for the highest IQ ever recorded (this category/record has been retired).  She also has a complete understand of the Monty Hall math problem/situation which she fully elaborated on in one of her columns in Parade Magazine.

Albert Einstein -  He makes my top 8 because, well, as we all know, he was the smartest person in the history of the World to have ever lived.

Leonardo da Vinci - A polyglot and polymath, the second smartest person in the history of the World to have ever lived.

Garry Kasparov - The Greatest Chess Player of all time

Brett Favre - My childhood hero and the REAL Iron-Man

This is a tough one.  My #1 spot is easy, I always knew this one.  But #2... well, this required some serious thought... but I'm going to have to say Jesus Christ.  Yeah, I've said it before and I'll say it again... there are many spiritual teachers but ONLY ONE SON OF GOD!  Jesus Saves!

You hear people ask the question, if someone gave you a million dollars what would you do with it?  The idea is, as we all know, that what you would do with a million dollars is what you should be doing for a living.  This question is asked to find out what you should do with your life.  If you would travel if given a million dollars, then you should travel for a living, like..be a truck driver or flight attendent.  Or, you'll hear people ask, if you were given $1,000 what would you do with it?  The idea of this is to figure out the best way to maximize and manage what money you do get.  But, I have been thinking.. if I was given $20,000 what would I do with it.  I mean, who knows, maybe I can win 20 large at the casino.  But, if I got 20 large, I'll tell you what I wouldn't do.  I wouldn't buy a new car.  New cars tend to turn in to pieces of junk 5- 10 years later, and you end up being left with next to nothing.

I got my Cultured Monk Media business cards yesterday that I ordered from VistaPrint.  Groovy!

Yes, I uploaded my first ebook that is about chess. Here is the link to my Kindle book - "What You Need to Know Before Your First Chess Tournament".  Please read, rate and review!  All of my Kindle books are available for purchase for $1.75 regardless of the length in page numbers with the exception of my (short) memoir which you can buy for 99 cents.

Unfortunately, all good things must come to an end and it looks like this saying can now apply to my official chess career.  I don't believe I will play in any more tournaments.  I streamed a video on Twitch.TV about why I'm giving up the game.  Essentially, it all comes down to focusing.  Unless you are an elite chess professional, there's just no money in the game.  Chess has been good to me, I'll still play and broadcast online games from time to time and I willl still keep up the posts here at this blog.

Don't forget to check out all of my web presence through the links at the footer of this blog - "Terlizzi:  Life & Games".  'till next time, friends!

I Gave In To Consumerism

I got my check from work last Friday. I went out to the mall and Best Buy and bought a bunch of stuff that I don't need. *Sigh* How foolish! I gave in to the American way of consumerism. I learned that the temporary high of buying a ton of stuff I don't need quickly wears off and you are left with a vapid and dull aftertaste. I bought an iPhone 12 with unlimited data, HBO Max, and I also bought some shoes and more stuff for my computer. I didn't need any of it, of course. In my head, however, I had a justification for everything I was buying. What am I to do if I'm not going out buying things I don't need? Isn't that what living is? This is what we have been indoctrinated to believe at a very young age here in America! Well, there are plenty of things I could have done. I have a lot of books here in my apartment that I've always meant to get around to read. Instead, I thought of more books to buy on Amazon. Or, I could have spent that money to pay off part of the loan I took out from my bank a cuople weeks ago! Oh well, lesson learned. I've revised to do better. I won't buy with my next work check those new Ray Ban sunglasses I looked at on Amazon.com. I won't buy more clothing from VANS. I won't go back to the mall for a while.
on July 26, 2021 No comments:

Tucson, Arizona, United States
My father taught me the rules of chess when I was 8 years old. I immediately took to the game. My first chess tournament was in the Spring of 1996, I lost all three games and desperately wanted to improve. As of 2020 I have now been to nearly 50 US Chess Federation chess tournaments. I am still working on getting the "Expert" title (2000 USCF).

"Chess is beautiful enough to waste your life for" - Hans Ree

I Want to be a Professional Gambler

Terlizzi on The Web